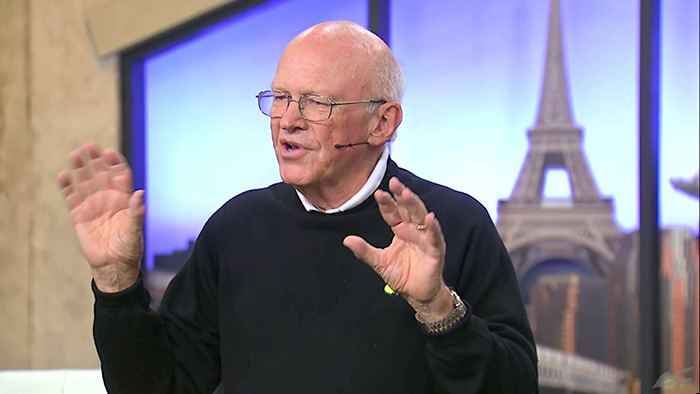 Ken Blanchard’s professional career started after he completed his doctorate and self-published his first book in 1980 and developed his concept of situational leadership. Now, over 3 decades later, Blanchard has written over 30 bestsellers and sold 13-million copies of his first book The One Minute Manager, which has been translated into 37 different languages. When he co-founded his business with his wife and partner, their ethos was to change people’s lives and increase human worth and value, while creating a more effective workplace.

The Biggest Markets Are Multinational

Blanchard’s global footprint and the overwhelming success of his business ventures can be attributed to highly effective network marketing through a worldwide consulting network. Not only do his management and development programs benefit the individual professional who wants to increase his or her professional capability, they also provide extensive benefits at organizational level. Blanchard started out with a local base but then expanded his company footprint to Canada, the United Kingdom and Asia as part of his growth strategy.

Developing A Great Idea And Creating Cycles Of Need

Blanchard developed his Situational Approach to Marketing in 1979 but over the years, he has continued to develop and add on to his programs to create a sales cycle and a database of return clients / trainers. The trainers need to continually brush up on their skills and keep their knowledge current while at organizational level, businesses need to create sustainable leadership cycles, to keep up with the introduction of younger professionals into the workplace.

By releasing books, content and programs at regular intervals, Blanchard fulfills the need for support and infrastructure for his trainers. His success as an individual has provided the branding and marketing backbone required to advertise his methodologies and make them desirable to businesses around the world. In this way, he creates awareness and thus business avenues for trainers who become certified in his programs.

In 1993 Blanchard’s methodologies took a turning point when he initiated the concept of self leadership, to empower individuals to ask for what they needed from leaders in the workplace. In 2005 the Ken Blanchard Companies produced a wide range of new products to reflect the changes that had taken place in the company.

One of the unique selling propositions his programs offer is the fact they can be tailored to suit the needs of situational leadership. This means that not everyone will have the same management style, people to manage or situations to be in. as such, there is no flat style that is universally applicable. The management style that is utilized is also highly dependent on the maturity level of the people who are being managed, in relation to the task being requested.

Ken Blanchard’s concept of situational leadership or management has also been customized over the years to suit a wider ranging audience and to make the training experience more enriching for the people who will go on to become brand ambassadors for his network. From an individual point of view the success with which the methodologies can be applied ensures that certification adds credibility to any resume, making them desirable for trainers to have. Blanchard’s programs are recognized and held in esteem by employers all over the country.

Ken Blanchard has also demonstrated one of the fundamental theories from his own management methodology and how to be an effective manager of people by combing different degrees of competence and commitment. Blanchard tells us that in order to motivate people, managers need to get their commitment, which is different to mere interest. However, commitment needs to be coupled with competence in order for it to work. His methodology assumes that most people begin a task with a high level commitment and a lower level of competence. As they are coached or managed however, their competence should catch up to their commitment level. By registering trainers onto his network, Blanchard commits them to a program, and continually helps them to improve their competence with refreshers, updates and information.

By developing the Ken Blanchard Companies Group reputation and attracting high profile corporate clientele, the programs have become highly sought after in the business world. By marketing to organizations and creating awareness of the need for management development and training, Blanchard is contributing to the market for the people who become certified in his programs.

Blanchard’s successful career and the growth of his business network over the years are indicators of his programs’ success. Ultimately he has proven that his methodologies work, through his own success and developed significant buy-in from his target audience.